What does your child’s misbehavior mean?

When your child displays problem behavior, it can be one of the most frustrating stages they can go through. They are old enough to know they are misbehaving, but too young to understand rationalizing. Here are some ideas about what your child’s behavior may mean.

Recognizing the Four Goals of Your Child’s Misbehavior

When raising kids, it’s important to understand that misbehavior happens, even with the best-behaved kids.  When your child misbehaves, there are motivations for those behaviors (even if they are really frustrating for you).  Very often, there is something paradoxical going on unconsciously for the child that results in the misbehaving.. There are psychological theories that suggest that a child’s misbehavior happens, generally, because he or she wants to have a sense of belonging and a guaranteed place in one’s family. Additionally, a situation may happen where the child displays a series of bad behaviors.   When this occurs, the misbehavior is not so easily understood. 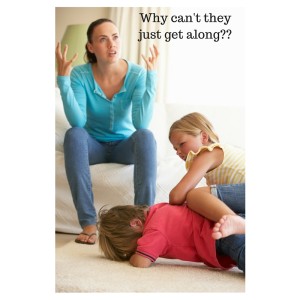 Rudolph Dreikurs was psychiatrist who adapted Alfred Adler’s holistic psychological theory to his work with understanding children’s behavior.  Dreikurs took the child’s entire environment into account when seeking to explain their behavior.   Dreikur’s provided reason to believe that a child misbehaves to achieve one of the following goals:
• Attention
• Power
• Revenge
• Display of inadequacy

A child believes he or she can belong only by having others pay attention to them. Some ways they can gain attention are by interrupting, clowning around, or in some cases be passive and not do their chores. A parent can recognize attention seeking by being aware of how they feel, for instance, you might feel annoyed or become impatient.

A child who is having a power struggle generally wants to be the boss or have their own way. He or she might actively throw a tantrum, make demands, and argue. The opposite is that he or she might be stubborn or do a task their parents want, but slowly and sloppily. You can recognize this goal by when you feel angry or determined to regain control.

A child who is displaying revenge might be rude or say hurtful things, as well as become violent. Sometimes a child will inactively give hurtful looks and refuse to cooperate. Typically, this type of child wants to get even. In result, the parent feels hurt and sometimes resentful. Furthermore, you might try to punish the child and their response is to seek further revenge.

A child will act as if he or she is inferior, unskilled or unsuccessful towards something. They eventually believe they are helpless and want to reflect that they cannot be relied upon. A parent will become aware of this behavior when they begin to feel confused and helpless. Sadly, a parent will believe that there is nothing more that can be accomplished. When this happens, a child might respond passively or lack a response.

In summary, remembering these four points should help the parents to stay calm. It’s important to not blame yourself, remember it’s easy to have an opinion about parenting, but the most challenging thing you’ll ever do!

Please follow this blog for upcoming posts to help intervene and even prevent these unwanted behaviors as well as for so may other helpful life management strategies.

7 Proven Success Habits for Improving Your Life
May 3, 2016