One of the good ones – Happy Father’s Day

Happy Father’s Day to all the men out there who have come to fulfill that role. I was born to a great one – he was kind, loving and supportive and he taught me about overcoming obstacles, pursuing my dreams and good leadership.

He’s no longer alive, but he sure lived a triumphant life. To honor him today, I’d like to share about him.  My father, Frank Mullen, Sr. was born in 1928. He caught polio at age 3 and was a paraplegic the remainder of his life. He was a March of Dimes poster child when he was about 8 years old. There’s a great picture of him in his leg braces and crutches that was always proudly displayed in my family’s home. For as much as I knew my father was “disabled”, he didn’t live that way, so the picture always reminded me that he really worked hard every day just to live like “the rest of us”.

Although he spent many early years in and out of hospitals, much of the time in body casts, he was still able to work as a professional musician as a teenager. He was one of 7 kids. His father was a coal miner in Scranton and his mother stayed home to raise the kids. There wasn’t much money. He was able to help his family out with the money he would make as a musician. He went on to college and law school as an adult. He told us stories of getting carried up and down the stairs at law school so he could get to class. If there’s a will, there’s a way was his unspoken motto.

After working his ways through college, he moved with his family to Long Island, NY in the 50’s after his father passed away. His eldest brother Jack was sort of the family leader. He opened a tire business there. Dad worked there for a bit before he started his career as a lawyer. He met my mother at the first firm he worked at – she was his secretary. Sometime around 1970, he partnered with another lawyer friend of his and they formed their own firm. This firm, along with his partner, is still going strong in Smithtown, NY.

So he raised 5 kids, ran a successful business, occasionally taught a class or spoke at a bar association meeting and traveled all without the use of his legs. Some of my best memories are of us playing catch in the front yard. Dad would be on the ride-around mower and he would throw the football to us while we would run or he’d use the mower to help him “run” to make the catch we threw back at him. There was nothing “disabled” about him. He always found time to take me to my piano recitals and was a great support when I was nervous before a competition. He supported whatever choices we made in life. He had opinions about them, but he trusted our judgment.

Now, don’t get me wrong, my life was not all Pollyanna love & great examples. There was actually a lot of chaos in my home life (which I’ll save for a later post), and I needed to leave home at 17. My father went with me to a wonderful therapist who helped advocate for me to be on my own. Although he wasn’t happy about that, he recognized it was best for everyone involved and some things could not be repaired just by thinking positively.

I ended up working for my father’s firm for most of my 20s. That is where I really saw him shine as a leader first-hand. Many of the clients we worked with did not know I was Frank’s daughter and it always amazed me that I never met one person who ever had something other than kind words to say about him. One of the qualities of a great leader is one in which the people under them feel cared for and supported – he was always able to foster that. Another great leadership trait I learned from him is that the ship gets to its destination not by the having someone point and steer the boat, but by the team it takes to keep the ship running. I eventually jumped ship to pursue my own dream of being a therapist and living in California. Getting him to accept that I was not going to become a lawyer was a tough pill for him to swallow– he so wanted me to follow in his footsteps. We hardly went more than a few days without talking once I moved to California. He was always in my corner with words of encouragement or wisdom.

The last 5-7 years of his life found him living in Florida after a costly divorce, with a retirement plan that didn’t go as he would have liked and with some serious health problems. One of my brothers died suddenly during that time period as well. Dad never really recovered from that – I don’t think anyone really does. He did, however, have a new wife who loved him dearly in her own special way. That relationship was the saving grace in his life at that time. I had some special moments with him after he moved to Florida. It was fun to see him living life on very relaxed terms and enjoying himself. He remained fiercely independent both physically and mentally.  Once he paired up with his wife, he didn’t travel alone anymore, but I remember a time right before that when he drove himself to Chicago to attend a conference. I would always worry about him traveling alone. For as strong as he was, because of his physical representation, he always appeared vulnerable. He would always laugh and tell me I should have more faith in him and his abilities. He ended up passing away in 2009 from multiple complicated medical issues. I still miss his Friday morning phone calls.

Now, his example lives on in me. I try to incorporate his kind nature, excitement for life, empathy for others and ambitious drive to overcome obstacles into my life. I keep a picture of he and I in my office so that memories of his support are never too far away. I can only hope to come close to what he accomplished in business and relationships.

These days, I have the privilege of being friends with some great fathers. I witness examples of deep love, protection, working to provide for their kids and conscious ways they set examples reflected in how the live, love and spend their free time.

Fatherhood is not easy, and some don’t, or can’t, step up to the task. I lucked out being born to my father and I hope many people reading this feel the same way about their fathers. For those that have stepped up where a bio-Dad couldn’t, thank you for that. Blood does not make the family tie, love and relationship does.

Wherever you may find yourself today, if you can relate to receiving the feelings of love and support from your father, or the man that filled that role, give them a hug or call today and send some love their way. For those whose father’s have passed, my thoughts are with you. 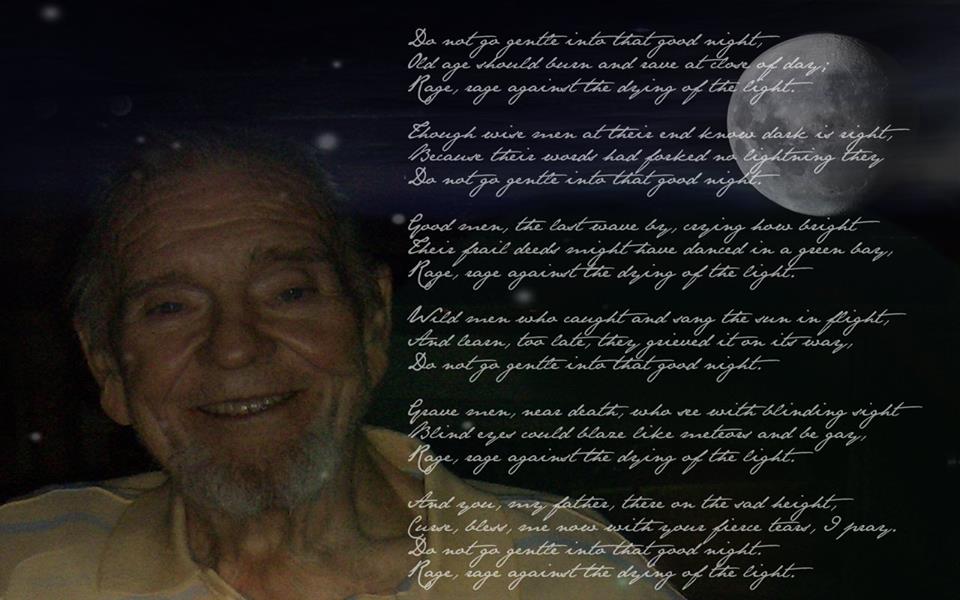