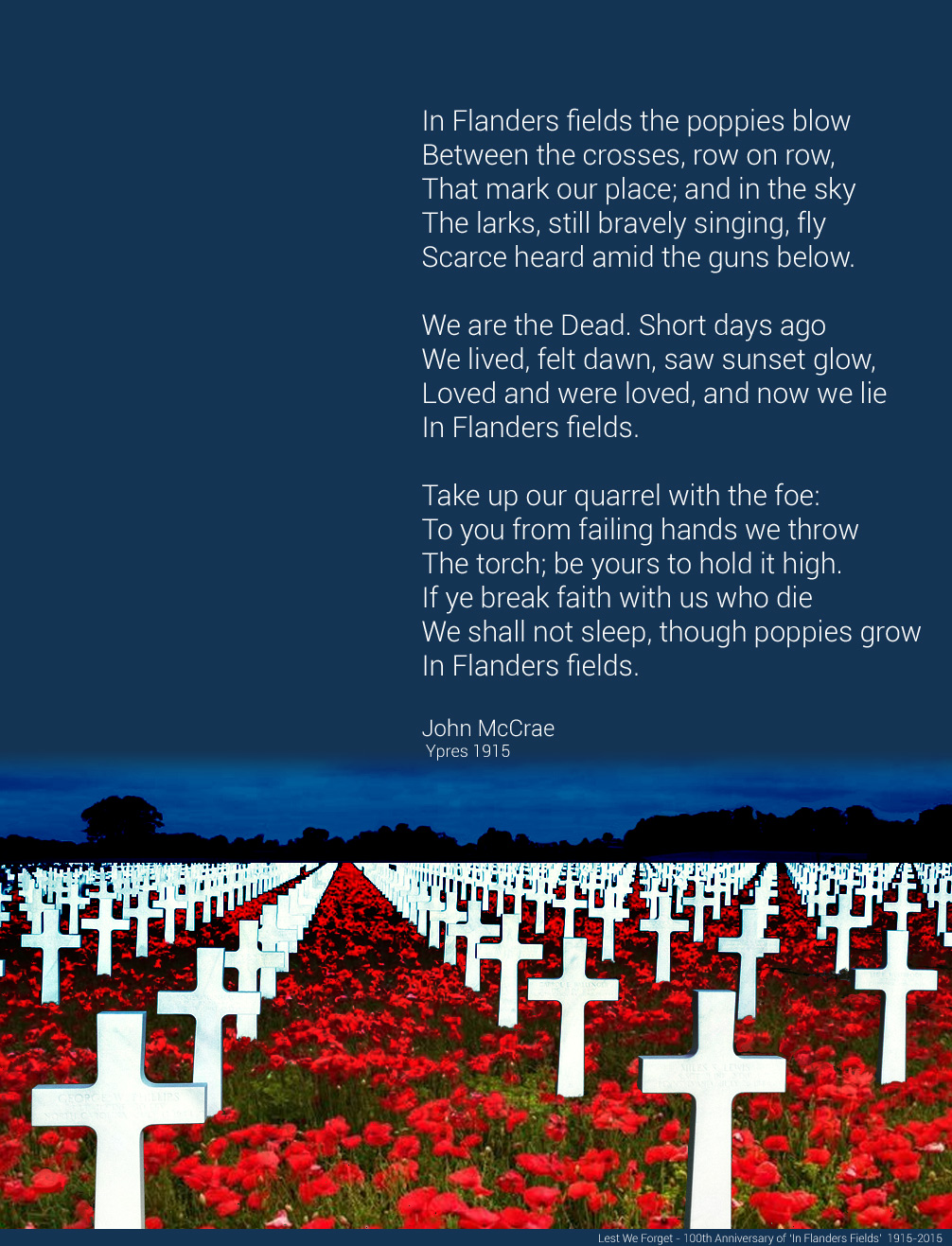 Today, the 11th of November, known variously as Armistice Day, Remembrance Day or Veterans Day, we honor the memory of the Fallen and the sacrifices of our Veterans.
2015 marks the 100th Anniversary of the iconic war poem ‘In Flanders Fields’ by Lt.Col John McCrae, written during the second battle of Ypres, 1915.

Symbolism of the Poppy
Poppies only flower in rooted up soil. Their seeds can lie on the ground for years and years, and only when someone roots up the ground, they will sprout. There was enough rooted up soil on the battlefield of the Western Front; in fact the whole front consisted of churned up soil. When McCrae wrote his poem, around him poppies blossomed like no one had ever seen before.
‘In Flanders Fields’ may be the most famous poem of the Great War — sometimes only the first two verses are cited or printed. This is not just because of the lack of quality in the third verse, but also because this last verse speaks of an unending quarrel with the foe. And if one thing became clear during the Great War it was this: there was no quarrel between the soldiers (except maybe in the heat of a fight). The quarrel existed mainly in the minds of politicians and generals who mostly never experienced the horror of the battlefield.
(Rob Ruggenberg,  The Heritage of the Great War.)

“In war, there are no unwounded soldiers.” ― José Narosky

In honoring the fallen, we are also reminded of the sacrifices of the survivors.
On this, and every day, let us honor their Service by treating them with the respect they deserve and support them as they rejoin civilian life. 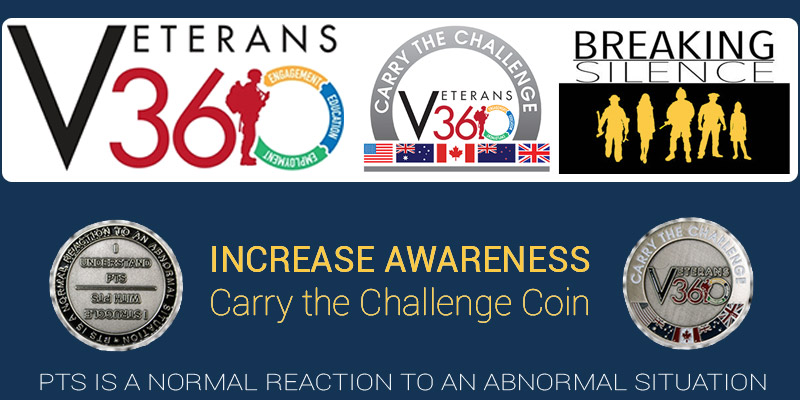 Therapists talk about Suicide Prevention and Surviving Sibling Suicide
April 18, 2017
Go to Top
Serving all of CaliforniaContact Me