Last November, I completed the Destination Races Temecula Half Marathon.  As my friends who are active half and full marathon participants have called it, it was my “first” half marathon.  I, however, have not decided if I will put myself through that again!  I have such mixed emotions about it.  I learned a couple of really cool things about myself through this experience.  But first, Ill tell you a bit about the experience…..

I signed up for this race with a friend who I wanted to run a race with a few years ago, but a ligament injury got in the way.  My friend went on to run that particular race and has since completed several half marathons.  Last March, she basically said, “Colleen, you keep talking about wanting to run a Half, here’s one in Temecula – let’s sign up!” So, we did, and I began training.  My friend actually had to cancel herself out of the race soon after signing up when she realized she would be out of the state at a family function that day.  I decided to go it alone and just try to complete this personal goal I’ve had for a few years.

I’ve been running for  many years, but never more than about 4 miles with the exception of one 10K (6m) race a few years ago.  I found a training guide online and began following it.  I did really well for the first few months.  On my 44th birthday in August, I ran 8.4 miles around Mission Bay.  As a side note, I have a tradition of going for a powerful run on my birthday – it doesn’t always have to be long, but I like to do some sort of local destination run – I started on my 40th birthday, so it felt great to run this far on my 44th!! I was on FIRE!

But then…..I took a series of trips to visit family and for work training.  I was away at least one week of Aug, Sept, and Oct.  This threw my training off.  It was no one’s fault but my own.  I didn’t run nearly as much as I should have during these months.  In fact, my birthday run remained my farthest run until the actual day of the race. Because my training was not up to par, I decided 3 weeks before the race to really put it into full gear – and I did, but actually did some temporary damage by doing too much too soon.  I set 6 miles as my shortest runs and within the first 10 days of heavy training again, I found I had some severe metatarsal pain. I sought out the advice of a couple of personal trainer pals and the result was that I was not going to run until the race.  The thinking was that since I know I can do at least the 8.4 miles, if I take care of my body, I should be able to get through the race the next week.

Well, the couple of days before the race, I found myself extremely anxious- I’m not usually an anxious person, so, I focused on positive intentions of completing the race – that was the intention – I let go of needing to complete it within a certain time or even holding myself to running the entire course – I just wanted to complete it – period. Well, I did complete it.  I set a personal record of running 10 miles without stopping.  Oh, but wait! I bet you’re thinking – “Uh, Colleen, a Half Marathon is 13.1 miles, not 10!” Right you are! But first things first – I RAN 10 MILES!!!! HOLY COW! OK…and then the metatarsal pain kicked in so badly I had to walk the next 2 miles.  Those were pretty slow miles – I had to keep stopping to stretch the bottom of my feet to lessen the pain.  Then, at the beginning of mile `12, I thought, “I got this! I can run the last 1.1 miles!” Well, my mind was definitely fighting against my body – I tried to jog and realized I was so dehydrated that my calves started to seize and cramp, so I was left to walk to the finish line.  Ah well – crossing the finish line did happen, but the screaming rock star I envisioned myself to be in my fantasies wasn’t there.  The scream was more of a cry of relief when I saw my husband standing there waiting for me.   I remember just grabbing his shoulders and crying – there were definitely tears of pride and joy in there, mixed with ones of fear because my body never really felt the way it did for about the past hour.   There was a party going on at the winery.  People looked happy.  There was live music.  Lots of racers were walking around with their complimentary wine and goodie bags.  Me?  I collapsed on the ground and hoped no one would step on me while I tried to talk my body into calming down! It eventually did and about 20 minutes after I finished the race, I requested that we just pick up our belongings at the hotel and head on home because I wanted to go to bed…no after-race party for me!…lol..After dealing with a few hours of severe dehydration, my body was quite fine and I was quite proud of my accomplishment.

Here’s what I learned about the experience:

1.  There’s no such thing as drinking too much water! (Seriously!)

2.  For as much as I didn’t gracefully run across the finish line as I dreamed of, I still hit a very significant personal best of running the 10 miles.

3.  I was able to let go of needing to finish by a certain time or needing to run the entire race.  I always hold myself to very high standards.  I can be very self-critical.  In this case, the needs of my body over-ruled whatever I wanted to put it through to meet my goal – and that was OK. If I want to do this again in the future (notice I said do, not try) I will definitely be prepared to train more consistently – that lesson was definitely learned!

4.  Before the race, I would say, “I’m training for my first half marathon” rather than “I’m training for a half marathon” – like this was just the beginning…lol….I think for now, I’m good with just one – that is something new for me –  my competitive nature usually forces my hand in these situations, but I’m going to sit with this accomplishment for now and enjoy it for what it is before I move on to the next. 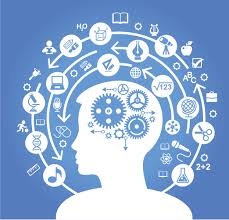 We sometimes have so many ideas, thoughts and emotions running through our heads.  During our work weeks, it can be hard to find time to sort through them, to even feel them or savor them.  Did you have a really great moment this week you want to hold on to?  or in contrast, did you and your partner have an argument you haven’t even had time to process yet?  My wish for you is to take some time for yourself this weekend to sit with your thoughts, hear them, feel them (even the difficult ones) and make decisions about what to do about them.  Then, take some time to tend to yourself and your loved ones.

The start of another new year always feels like we get a clean slate to “start over” or make changes we have been putting off. Everyone runs to the gym, diet product sales increase, people set “New Year’s Resolutions” that they rarely keep. I gave up on setting Jan 1 as a date I was going to change a habit a long time ago. I learned that if the window of opportunity opens to make a change, I should start it then! I encourage my clients to do the same.

Even though it feels like we get a clean slate, we don’t. So, setting aside resolutions, I like to look at the start of a new year (or the end of a year) as a time to take an inventory of where my life is. I examine all aspects of my life: my career path/goals, the quality of my marriage, how I’m maintaining (or why I am) friends and family relationships, and most importantly, how I am caring for myself. If any of these things feels out of balance, I try to attend to them to them. I look at is as my yearly tune-up. The years really do seem to start moving faster as I get older, so sometimes the yearly tune-up seems like it came on fast. This year, I know what aspects of my life need a tune-up and I’m going to address them. Some things I plan to take care of are much easier than others – that’s just part of life. Other things I’m planning will need the support of at least my husband and probably some friends to help make happen – so I guess I’ll be summoning them for support!

How do you view the passing of another year – does it mean something significant for you? Do you have any life rituals you participate in? Anything you feel needs a tune-up in your life? I’d love to hear about it.

” The difference between who you are and who you want to be … is what you do.”

I often have to remind my clients that during their process of growth, they may be their only cheerleader because they are the ones invested in their change. If you are filled with self-doubt, your process will be more difficult.  We all have self-doubt – its just a matter of making the confident voice in your head the loudest one