This is the story of hundreds of thousands of peoples’ relationships right now.
When you love someone with an addiction, life often feels like you cycle between a hurricane and a honeymoon.

I grew up on Long Island, about an hour outside New York City. It was usually a very pleasant and seasonably predictable place to live. That being said, some of my most memorable moments growing up are relative to the hurricanes that came through and wrecked our lives for a short time. Even though they were brief, they felt catastrophic when they happened. In particular, I can still remember the details of preparing and experiencing Hurricane Gloria in 1985.

Life was good. It was the time of year when summer transitions to fall on Long Island, leaves turn colors, we look forward to Halloween. But then, seemingly all of a sudden, we were taping our windows closed, filling up the cars with gas, buying up all the cereal and Spaghetti-Os we could to prepare for the turmoil ahead…
The storm hit! We braced ourselves and hoped for the best. Gloria was a terrible one – we were left without power for about 2 weeks and there was a tremendous amount of damage to areas of Long Island. In the end, we were fortunate. Our house was still standing and once the power came on our lives really just went back to normal. We went right back into our honeymoon experience where life was pleasant and relatively predictable. The damage from hurricanes varies from minimal to catastrophic. Certainly the range in between is vast, and relative to one’s previous storm experience.

That is exactly how it can feel to love someone with an addiction. I’ve been working as a therapist who specializes in addictions for most of my career. Loving someone with an addiction also hits close to home for me as I have a dear family member who continues to cycle through hurricanes herself. The countless stories I’ve heard from clients, either as the partners of the addicts or the person causing the storm, mirror the honeymoon-hurricane cycle.

People that love an addict will say there are times in the relationship that are “really nice” and their partner is “exactly as they were when we first got together”, but 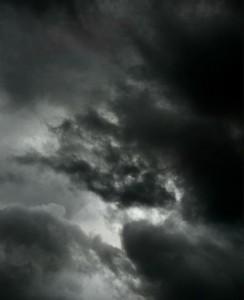 inevitably, the storm comes in. It may be in the form of them “just” being unreliable or flaking out on plans because they are already imbibing or otherwise using. Other times, and more frequently the longer the relationship lasts, the hurricane comes in like Gloria. It causes what we think of as more damaging consequences in the relationship. The storm can come in the form of not returning home, hooking up with someone else or losing a job (causing both financial and emotional consequences in the relationship). No matter how strong the person who loves them is and how much they say they want a fulfilling relationship, I often witness peoples’ struggle with the honeymoon-hurricane cycle. The partner’s tolerance level is usually directly relative to their past experience in life. If they grew up in a chaotic household, and even more so if they grew up with an addicted parent, their tolerance for the storm damage is high – just like people who have weathered many hurricanes.

The honeymoon period comes about after the storm. What usually happens is that the addict is so remorseful that, just like the 2–week post-Gloria blackout, the addict finds a way to seemingly restore the honeymoon period. Maybe they don’t drink “as much” or they hide their drug use, or just keep it at home . I should note that using at home is usually safer emotionally for the couple in that the non-using partner thinks “At least I know where they are and that they’re alive”. In extreme cases, the addict may make it to rehab or enter a 12-step program, saying all the things their partner needs to hear to decide to stay with them. Very often, the partner truly means the words when they say them, but their addicted brain may pull them back to using, often looking like they just said what they thought they needed to in order to keep their partner happy. 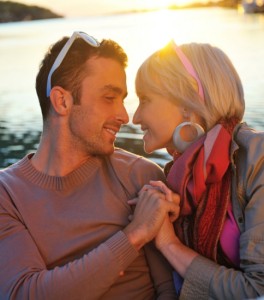 To people who have not experienced many storms, these things still seem intolerable. If we don’t understand the addicted brain, we think – “This is unacceptable behavior!” and “I deserve better than this!” An outsider might say, “You should just leave since your partner keeps choosing the alcohol over you!” The partner of the addict may even think this themselves, but they learn along the way, that the addict does not have a choice and they are not “choosing” the substance over the relationship once they are addicted.

The thing is, choosing to end a relationship with an addict is not so simple.
Drugabuse.gov defines addiction as “ a chronic, relapsing brain disease that is characterized by compulsive drug seeking and use, despite harmful consequences. It is considered a brain disease because drugs change the brain”. Addiction is not an actual diagnosis.

In the addiction treatment field our latest diagnostic manual permits us to specify that a person has a “Substance Use Disorder”. We don’t leave our partners because they get diabetes, cancer, or rheumatoid arthritis, but we live in a society where others judge those that choose to stay in relationships with people who have the brain disease of addiction.

We didn’t do a mass exodus from Long Island after Gloria. We removed the tape from the windows, picked up the branches from the yards and re-stocked our refrigerators to get ready for the honeymoon of normality to return. Couples with catastrophic relationships damaged caused by addictions may hole up for a few days at home, talk to each other about what happened, and make a prevention plan to try to stave off the next storm much in the same way. We all have weathered some storms in our day. For a couple with addiction, their life is just more prone to them.